FIFA Ultimate Team: should you play?

FIFA Ultimate Team: should you play?
​
Over the past decade, every teenager with a fleeting interest in soccer and access to their guardian’s credit card has gotten somewhat into FIFA Ultimate Team.
The FIFA Points revolution has completely changed EA’s approach to its flagship sports series year after year, and the game mode has quickly ballooned into its own money-printing beast.
EA has essentially created a self-fulfilling economy within its game by attaching granular statistics like chemistry and per-player abilities and rankings to virtual soccer players, and now they have most players in a vice-like grip.
“I would have beat them if I had ‘X’,” you may cry. “My fitness was too low...” “Maybe if I buy some more packs I’ll get a better midfielder and start winning again.” This strange collision of always-wavering player ability and the blurry possibilities of paying to win make FIFA Ultimate Team an addicting liaison with serious monetary consequences.

The epidemic of Ultimate Team is in fact so pressing that it has alerted governments, regulatory bodies and plenty of disgruntled parents with terrifying credit card bills to speak out about how predatory it is. EA acknowledges the concern but continue to pass the packs off as “Kinder Eggs” and proclaim their ethical nature. 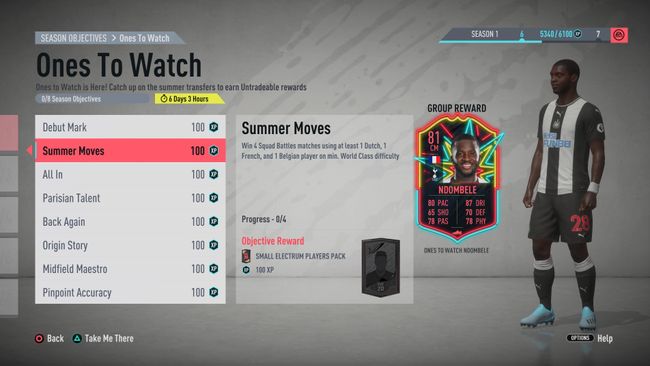 Personally we purchased 2,200 FIFA Points when we were provided FIFA 20 for review to give ourselves a head start in Ultimate Team. We usually do this every year and vow to never purchase again - then ultimately fail. But, luck be damned, the real-life spending came to fruition as we unpacked players like Marcus Rashford and developed a team we enjoy playing with.
Despite this annual spending, we’re nowhere near the most ambitious or serious Ultimate Team players - who log in on a daily basis. But the allure that there can always be something better will inevitably trick you into spending if you leave the itch long enough.
If you get bored with Ultimate Team then you can back out a few months down the line, but the kicker is that you can never transfer your progress year after year. Once you make the jump to the next FIFA (like from FIFA 19 to FIFA 20), you have to start from scratch and build your Ultimate Team once more. The baffling part is that legions of fans willfully do this each year, no questions asked.
If you’re wondering why EA hasn’t just dropped the yearly model given the lack of gameplay upgrades, this is probably why.

"It’s a complex system but it works in favour of the house. With frustration on both sides, it’s the dealer who always wins"
Click to expand...

Yet, as exploitative as it is in the hands of children, it’s also the most fun you can have whilst playing FIFA. It’s quite the double-edged sword.
Many adult FIFA players with a firm grasp on the concept of currency understand the trap they’re walking into, but the gameplay is very difficult to beat. Defeating another player online in Ultimate Team is much like unravelling the tactics of your opponent in Starcraft, or their character builds in an RPG/MMO. You feel like a master strategist afterwards, and the game makes you feel like the small statistical decisions you made snatched the win more often than it makes you feel like it was your own FIFA skill on a fairly level playing field, which is most of the problem here.
You could have a 90+ rated team full of In-Form players, and someone with a barely functioning gold team with good chemistry will hammer you 5-0. These situations where David can overcome Goliath are the crux of adrenaline-led exquisite gameplay in FIFA Ultimate Team and provide EA with a clear rebuttal to the idea that the game mode is pay to win.
It’s a complex system but it works in favour of the house. With frustration on both sides, it’s the dealer who always wins. Layered systems on top of the initial adrenaline like divisions, objectives and now the never-ending progression of the battle pass only adds to the despondency of a cynical beating or the euphoria of a hard-fought win. With no middle ground, you’re forced back onto the transfer market, wallet in hand with all the inevitability of the rising sun. 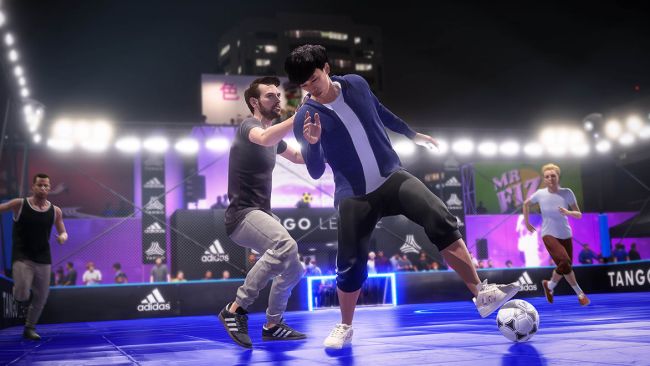 In terms of where we started with FIFA Ultimate Team, and how it’s developed, the mode kicked off in 2009 as a paid expansion with rudimentary systems in place. There were packs to pick up that issued random players, and the mode eventually became free with FIFA 11 and has been ingrained ever since, with web and mobile apps, legendary and loan players trickling out in the years since release.
As the mode has developed, so has the fanfare. With FIFA 20, there’s now a new dugout animation that plays when you open each pack, a sizzling stride onto the open pitch that creates a palpable rush of endorphins or a frog in your throat when it stops way before you can see the green and you get some unrecognizable wing-back.
Every aspect of the once-rudimentary loot box has been bejewelled, creating a luxury experience for the paying participant. You can also see pack odds now - if you’re keen on seeing the raw data on how much you’re being screwed over.
Beyond that, FIFA 20’s approach is even more cynical than usual. As well as the battle pass, we have more unlockable packs and challenges to get lost in. You can earn packs simply by playing and, if you’re smart with your purchases, you can finish squad-building challenges, receive in-form and specialized players and bolster your team. This certainly feels more fair on the surface, and technically if you’re an upstart without any capital you can still develop something solid.

It makes you believe that climbing the ladder is a lot easier than before, assuaging the need to buy a set of packs upon launch, but all they’re doing is saturating the market with worthless untradeable players from the free packs and challenges, that often cost coins to complete.

It’s all just padded seating and set dressing to ensure that you’re truly hooked on the formula. If you keep feeling like the game is being fair to you, you’re eventually going to think “You know, I spend so much time with Ultimate Team, so a few more packs can’t hurt?” At that point, you’re so far into the mentality of addiction that it’s hard to walk your habit back.
Even so, the goalposts for unlocking these players that EA holds on a pedestal - like the Player of the Month - all but require you to spend more money to create the squads necessary to complete the often absurd and criteria-laden challenges that range from simple 82 squad exchanges to scoring a finessed goal with a player on their team debut on a designated difficulty. Even so, they’re often time-sensitive, and if you miss out they’re gone for good. This urgency will force many to shell out.
Worse still, special packs are now limited, adding another layer of interest. If you can only have five spins on the one-armed bandit, but the rewards are more luxurious, your brain will tell you it’s a worthwhile investment.
So what's our advice? 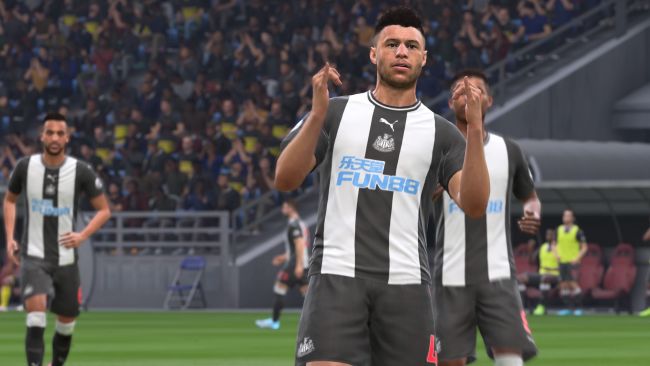 It’s this kind of psychological warfare Ultimate Team employs that makes it so sinister, but then… if this is understood by many, why can’t we stop playing it? That’s because the design that underpins the gameplay of Ultimate Team is honestly genius.
The architect of this mode will no doubt be sipping champagne on a yacht in the Maldives’ as we write this. If Team Fortress 2, CS:GO and Ultimate Team has proved anything, it’s that as players, we seem to love an economy based on virtual data. The rub here is that whilst you can cash out on Steam, with Ultimate Team your assets are all on EA’s terms.
If you’re an annual player of FIFA, it’s not a question of whether you should play Ultimate Team. At this point, you’ve probably played enough of it with your friends, chatting about potential upgrades and swapping players on the market that you look forward to the new season every year.

"The architect of this mode will no doubt be sipping champagne on a yacht in the Maldives’ as we write this"
Click to expand...

For those of you already in this mindset, our advice would be to mitigate your playtime if you want to save money, or at the very least try and settle with what you have in an economy that wants you to do anything but. Beyond that, your only option is to go cold turkey and delete the application.
For those of you still on the fence about whether you should click through on that alluring advert on the FIFA 20 home screen, we hope we’ve provided enough of a cautionary tale to warn you about the questionable ethics of the system. You can certainly approach Ultimate Team in a healthy way and still have fun, it’s just going to be a hard grind.
As long as you’ve got a very disciplined mind and understand that FIFA Points have equivalence to cold hard cash in the real world, you should be ok. But even the simple trick of turning your actual currency into EA’s funny money is enough to make many feel like what they’re spending isn’t real.
A good antidote if you’re feeling the itch is to simply look at the odds. Be realistic with your money and think about the chances of you picking up that one player you’re desperate for, and when it sinks in, hang onto that feeling and looks elsewhere for your thrills.
You must log in or register to reply here.
Share:
Facebook Twitter Reddit Pinterest Tumblr WhatsApp Email Link
Top